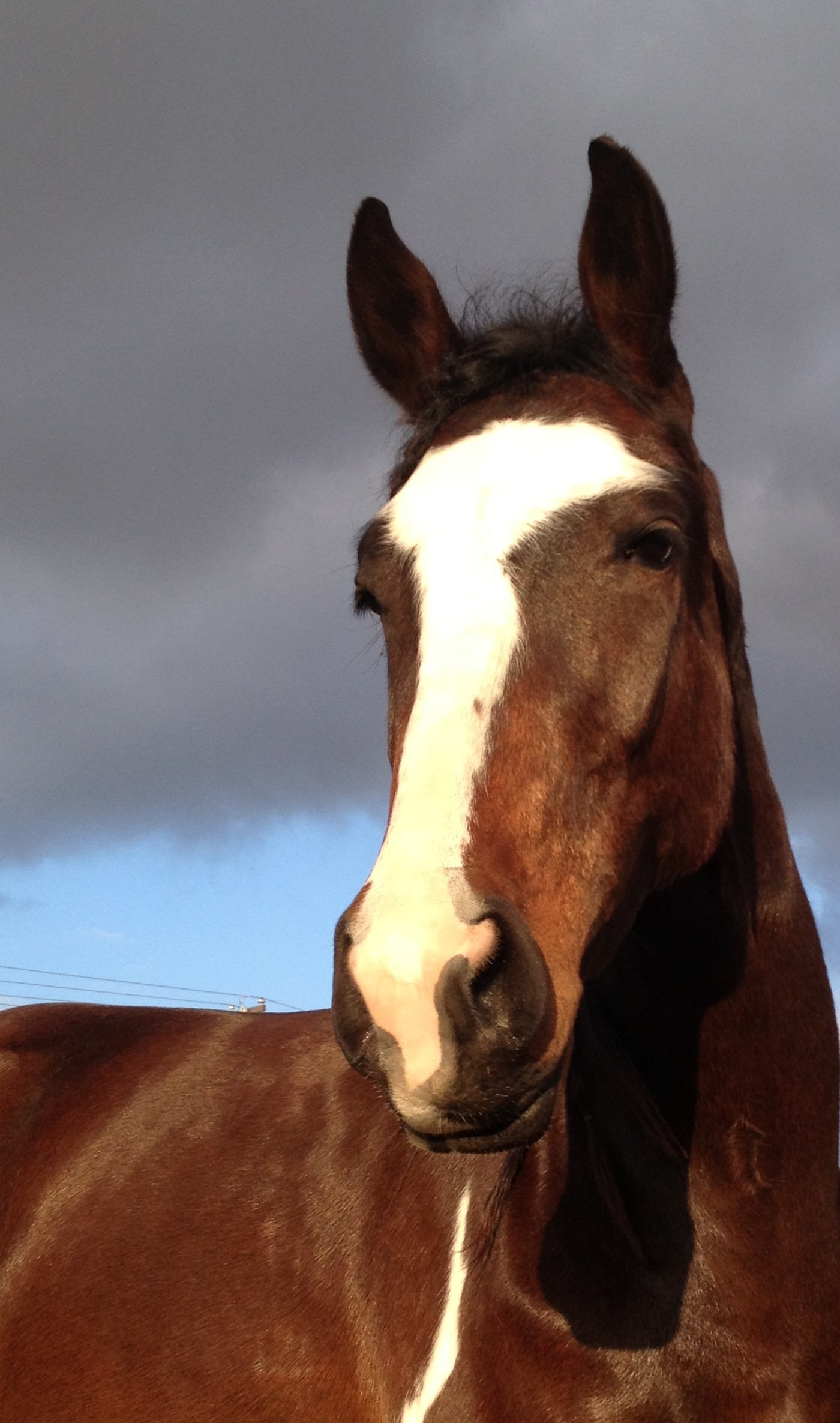 Lately I’ve been playing around with how light my aids can be with Wiley. Eventually, I’d like to be riding Wiley at liberty…no bridle, no saddle… only minimal aids that “suggest” what he should do. But since he isn’t even old enough to ride, I am just working with some of Wiley’s ground training. I want him to get used to working off of extremely light aids. So, I have Wiley perform every movement without ever touching him.  Even without touching Wiley, I still have expectations of a prompt reaction on his part.

To get Wiley to move off with absolutely no pressure, I simply slow down my aids. I move toward Wiley very slowly like I am going to touch the point on his body where the aid is. When a horse is trained well, he will start moving long before you ever touch him. As soon as he responds, give him a bridge word/click and a reward. He will start responding sooner each time. Horses are smart. They can predict what you are about to do. Play with it long enough, and you may just get a horse that will perform a movement with the smallest of aids. My previous equine partner Tucson could shake his head yes and no to answer questions just by a slight movement in my finger. Not only was it a pretty cool trick, it freaked more than a few people out when they couldn’t understand how a horse could accurately respond to their questions!

In the video, I string together a bunch of movements from Wiley’s basic ground training. He spins on his haunches, spins on his forehand, side passes, backs, Spanish walk, backs again and walks to me on command. Watch him perform each one without me having to touch him. His response is, for the most part, pretty prompt (he is only 2 1/2, so my expectations aren’t too high). He is also learning how to handle a series of requests that come fairly quickly. All of this work will eventually translate nicely into under saddle, so it is time well invested.

2 thoughts on “Training a Horse for Lightness”