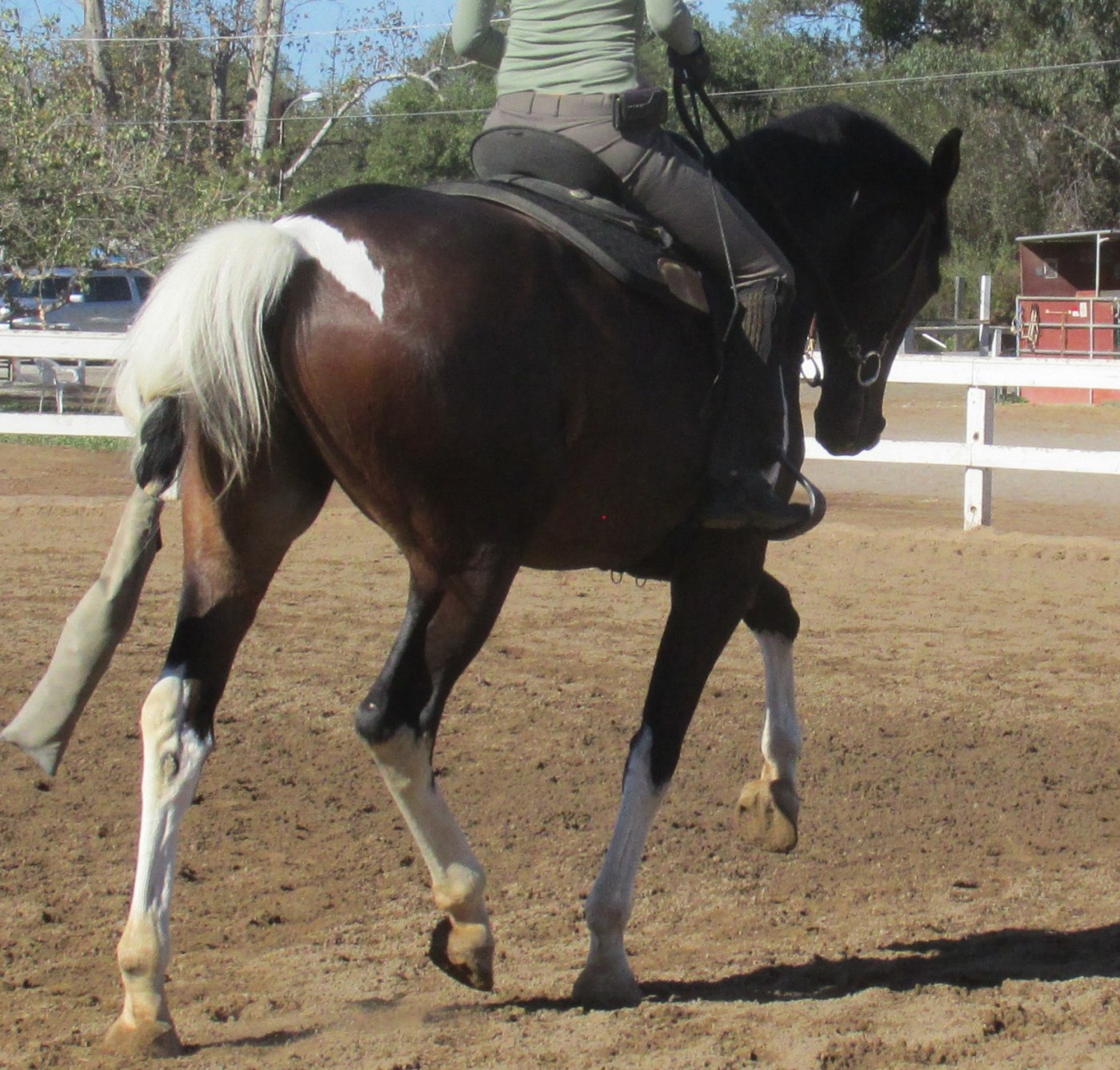 Dino has graduated from Spanish Trot at Liberty to attempting Spanish Trot under saddle, and he is even trying a few passage steps! If you are wondering how a horse with 5 months under saddle can begin thinking about passage, remember, I started this training a year ago. Until now, all of the Spanish Walk/Trot/Passage training was performed without a rider. It took months of slow work to get the first few steps under saddle. Even now, it will take much longer to shape this into Dino’s final passage. He still needs to learn to take even steps, collect and shift more weight to the hind end, but you can already see that his passage will have power and impulsion. The collection and sitting will come slowly as Dino gets stronger. For now, Dino does mostly long and low work to develop his back muscles. We usually only school at most 4 steps in a row of Spanish trot/passage. I just threw a few more in for the video, but clearly he isn’t ready for more than a few steps.

The benefits of teaching passage through the Spanish trot is that:

The downside of clicker training a passage:

The video below shows Dino just starting to think about passage. I wanted get this video to show some intermediary steps on the road to passage, so you can see what it looks like….warts and all!

2 thoughts on “On the Road to Passage”